The 21st Century Crisis Nobody Talks About: Demographic Ageing 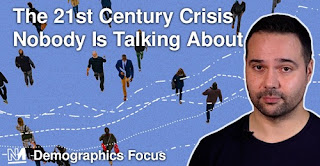 The 21st Century Crisis Nobody Talks About: Demographic Ageing

•28 Nov 2020
Novara Media
Humanity is getting older. But while the old outnumbering the young is one of the supreme achievements of our species, it comes with major challenges. How do we meet rising care needs at the moment the working age population shrinks? Does demographic ageing mean low growth and high deficits are here to stay? Aaron Bastani on a crisis set to re-define societies around the world which, for the 21st century at least, is every bit as disruptive as climate change.
Posted by DON'T dis US at 14:33 No comments: 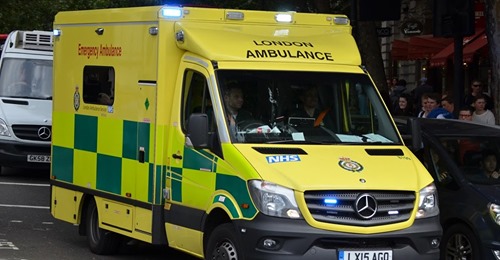 Brent Green Party and the Green Party Trade Union group are very concerned to learn of the proposed closure of Wembley Ambulance Station. This threat to the health of people in the surrounding areas which this would pose, seems particularly short-sighted and potentially dangerous. As stated on the Wembley Matters blog (https://wembleymatters.blogspot.com/.../999-join-battle...),
‘The closure would occur in the middle of a pandemic at a time of peak winter illness and falls, in a multi-racial community suffering from disproportionate numbers of Covid19 cases. A resource is being taken away from an area with a rapidly growing population as the result of high-rise developments In Alperton, Wembley Central and Wembley Park – areas close to the ambulance station.’
Unison has set out detailed objections to the proposal, Brent Green Party and the Green Party Trade Union group fully support their campaign to retain the Ambulance Station, we trust the MP’s for Brent will also give their support.
Peter Murry
Trade Union Liaison pp Brent Green Party
Co-Secretary Green Party Trade Union grou
Posted by DON'T dis US at 13:59 No comments: 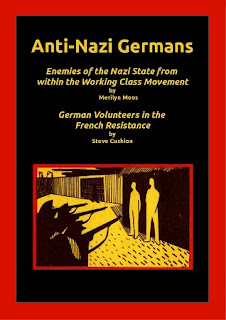 Enemies of the Nazi State from within the Working class Movement by Merilyn Moos German Volunteers in the French Resistance by Steve Cushion. 29th November 2020, 2pm
Due to the current situation this of the Mary Quaile Club  will be held by Zoom Full details of how to log in can be found at the end of this post
This new book challenges a popular  myth: that there was no resistance in Germany to the Nazis. We are delighted to be joined by the authors,  Merilyn and Steve.
In the first part  of the book Merilyn chronicles the German anti-Nazi Resistance,  particularly  from the German working class movement. She includes the White Rose group and the Edelweiss Pirates.
In the second part of the book Steve chronicles  how German refugees took part in fighting the Nazis in France in the Resistance, “From spreading anti-Nazi propaganda in the German Army and attempting to organise mutiny and desertion, through to extensive involvement in urban terrorism and the rural guerrilla struggle.”
Merilyn and Steve are lifelong activists in opposing fascism in organisations including the Anti Nazi League, trade unions and community campaigns. They want to encourage all of us to be inspired by the women and men in this book. And “The most important lesson we can learn from the history of their struggles is that resistance is always possible, even under the most grim of circumstances.”
You can read a review of the book by veteran anti-fascist Mike Luft here. Zoom log in details
Topic: Mary Quaile Club public  meeting Time: Nov 29, 2020 02:00 PM London Join Zoom Meeting https://us02web.zoom.us/j/86707820322?pwd=NEc1US9oeEg5NStMTW5ZejAyT0FWdz09 Meeting ID: 867 0782 0322 Passcode: 993204
Posted by DON'T dis US at 13:00 No comments: