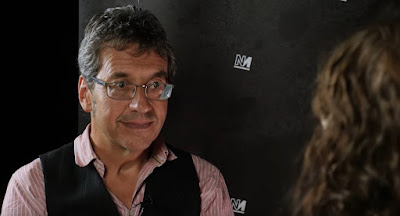 In Pursuit of a Common Wealth | Interview with George Monbiot


George Monbiot is a writer and activist. He is the founder of The Land is Ours, a campaign for the right of access to the countryside and its resources in the United Kingdom. His latest book, Out of the Wreckage: a new politics for an age of crisis sketches a new political story, tailored to the needs of the 21st Century, to replace the failed models of the 20th, with which we are currently still stuck. Eleanor met with George at the World Transformed Festival to discuss Labour's plans for a Green New Deal, the transferring of wealth away from private hands to the commons, and the need to address colonialism and include the Global South in demands for tackling the climate crisis.
Posted by DON'T dis US at 01:33