1. Introductions and alterations to agenda

History does not repeat itself but

History does not repeat itself but   Johnson’s prorogation of Parliament reminds us of how fast the anti-Parliamentary decisions by German Chancellors opened the door to the Nazi Party taking power in January 1933.
Johnson’s intention to prorogue Parliament has disturbing similarities with events starting in March 1930. As in Germany, events unfolded over a couple of years. First, there was May’s failed intention to bypass Parliament and trigger article 50 by invoking an ancient crown prerogative. In 1930, the right-wing Centre Party Chancellor, started to rule almost entirely through the decrees of President Hindenburg, not through the Reichstag. Then, in June 1932, the next Chancellor, Von Papen, another Centre Party member, under the influence of the Nazis, persuaded Hindenburg to dissolve the Reichstag altogether and lift the ban on the SA. Using Presidential edict, Papen also cut the payments to the unemployment and arranged tax cuts for corporations and the rich.
In November 1932, Von Papen reached an agreement with Hitler that Hitler become Chancellor, soothed by Hitler’s strategy of emphasising legality and frightened by the strength of the organised working class. As now, the wide spread disillusionment with the main political parties and with the parliamentary process itself encouraged a sympathy with the Nazi Party, just as today the vote and support for Brexit is partly rooted in political disaffection. On January 30, 1933, President Hindenburg appointed Adolf Hitler as Chancellor of Germany.After the next, election, it is highly likely that Johnson will form a parliamentary alliance with the Brexit party to hold onto power.
What firstly distinguished the Nazi’s rule, was their abrogation of bourgeois democratic rights. Proroguing Parliament also is an abrogation of bourgeois rights and we must not let it happen. On the night Hitler became Chancellor, neither the exclusively focused parliamentary Social Democratic Party or, the ‘after them, us’; Communist Party, demonstrated, or called for a general strike. It was as if January 30th was just another day. This time, let us organise to stop the slide towards barbarism.
Demonstrate: see https://www.anothereurope.org/events/ and
Tuesday 3rd September
6.00 - 8.00 pm
Parliament Square
London 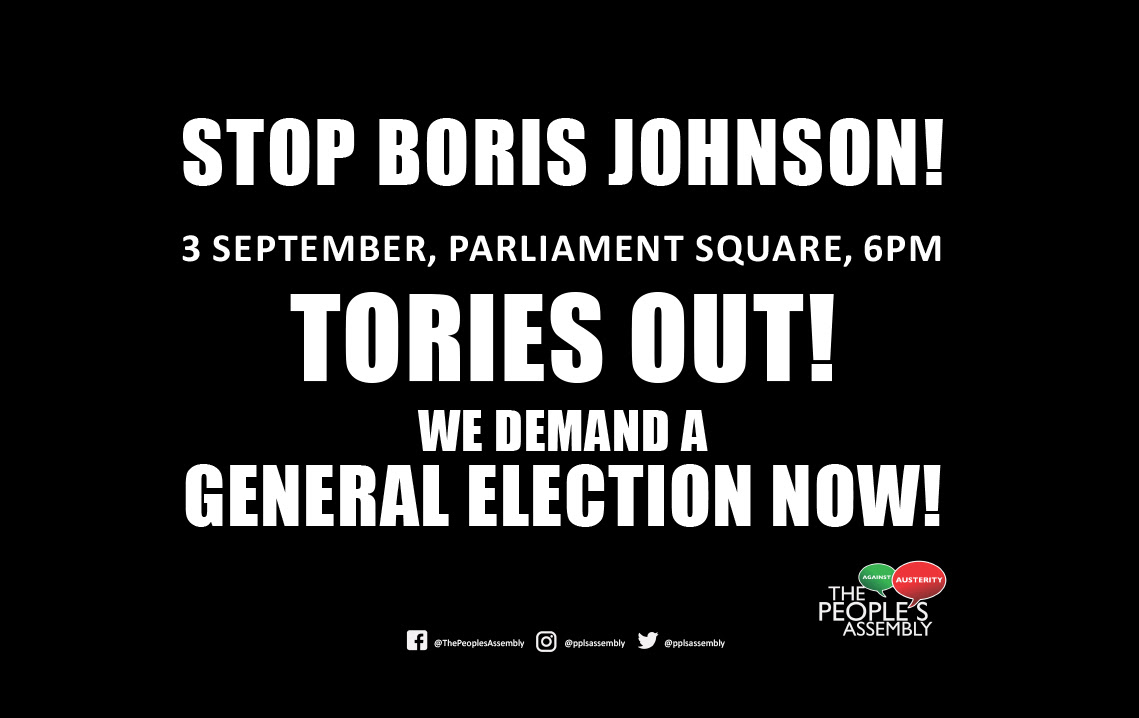