As an 80-year-old, free TV licences are essential – to deprive us is pathetic Free licences 'make such a big difference to older people,' s

As an 80-year-old, free TV licences are essential – to deprive us is pathetic Free licences 'make such a big difference to older people,' says 80-year-old Maureen Childs 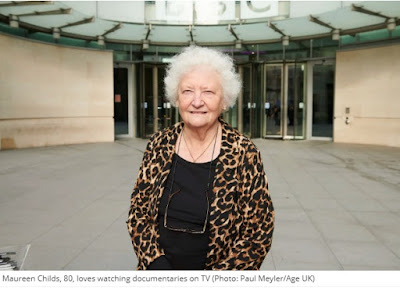 
Thank you so much for coming to the BBC hand-in yesterday, we really appreciate you all giving up your time to campaign on this issue. You were all fantastic. You've definitely helped make an impact, we've had plenty of traction with the national media!

I hope you have a chance to pick up a copy of the Daily Mirror today, there's a half page write up on pg.11 including comments from Gill, Yusuf and Tony.
If not, below are some of the links to some of the online articles:

https://inews.co.uk/news/tv-licence-for-over-75-free-refund-bbc-when-date/ comments and photos of Maureen

https://www.mirror.co.uk/news/politics/campaigners-descend-bbcs-hq-deadline-13990684 Including comments from Gill, Yusuf and Tony

I’ve also attached a photo of you all taken by our photographer.

Thank you also for joining us for lunch in Tavis House, it was lovely to chat to you all.

50 members of Unite call on their general secretary to immediately withdraw from his negotiations with Theresa May,AND the official Unite reoly

Unite responds to misleading letter from Another Europe is Possible

·         Share
Responding to today’s (Thursday 7 February) letter published in The Guardian coordinated by second referendum campaigners Another Europe is Possible, a Unite spokesperson said: “The criticisms of Len McCluskey from second referendum campaigners are malicious and deliberately misleading. Len McCluskey is not negotiating a Brexit deal with Theresa May.
“He has met the prime minister once, as have several other trade union leaders, when he took the opportunity to raise a number of concerns for working people, including the danger of a no-deal Brexit and the need for a customs union in order to preserve jobs.
“The terms of Brexit can only be determined by MPs, and Unite fully supports Jeremy Corbyn’s efforts to secure the best possible arrangements.
“We endorse the proposals set out in his letter to the prime minister yesterday as being an approach that can bring all people of goodwill together. We urge all Labour party members and supporters to get behind them.
“Len McCluskey continues to liaise with government ministers to ensure that jobs in manufacturing and elsewhere are safeguarded and makes no apologies for doing so. Posturing will not keep a single factory open.
“Unite activists for the most part know better than to believe media rumours about their union, and we urge Another Europe is Possible to take the same sceptical approach.”
ENDS
Notes to editors: 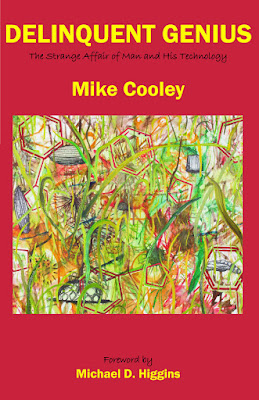 This is a romantic and, at times, a nostalgic book, which might not be surprising as it is a critique of modern technology. It is perhaps more surprising that the author, Mike Cooley, was a designer and engineer at Lucas Aerospace working on military technology and the main argument of the book is that relatively recent forms of technology, underpinned some aspects of scientific rationale are superceding and devaluing other forms of human knowledge, experience and ways of interacting with the world.

However, this is less of a contradiction, if one considers that Mike Cooley was one of the originators of the Lucas Plan which proposed using the design and technical skills of workers at Lucas Aerospace could to used to make products which were more socially useful than high-tech killing machines.
Mike Cooley’s approach is not anti- scientific, reactionary or anti-technological, there are passages which show that he is clearly in awe of what scientific design can achieve. Yet, in other places, he details the apparently unquantifiable and intuitive nature of human skills, which is something a scientific-technological world view tends to ignore or denigrate.

Perhaps at times Cooley falls into the trap of over stating the de-humanising effects of the European scientific revolution. He is critical of the way in which it promotes an impoverished and reductionist views of humans, seeing them as little more than biological machines.  However, this is not just the end result of changes in European thought that can be traced to the renaissance and the enlightenment. Many civilizations, in Europe and elsewhere, have engaged in large scale civil and military engineering projects using mass enslavement or other forms of forced labour. Some of these projects took place in pre-Colombian America, yet Cooley seems a times to use a generic ‘Indian’ as a exemplar of how systems of knowledge outside the European scientific tradition were more environment and people friendly than it was.

In one chapter Cooley is fascinated by how elements of Japanese culture survive sand co-exist with the adoption of western derived science, technology and forms of social organisation. This perhaps shows that the use of science does not necessarily displace all previous cultures, and that it can be adapted to fit in with them, and vice-versa.

So, does Cooley confuse the effects of bureaucratic social organisation with those of European originated science and technology? It would be interesting to know what he thought about the Chinese scientific and technological achievement which preceded western ones, such the invention of gunpowder, the development of a far larger ocean-going vessels and devising means to prevent their crews contracting scurvy.

But these criticisms maybe nitpicking, Delinquent Genius is  a fascinating examination of human creativity and intelligence with all its pitfalls and potential to go beyond the current confines it has made for itself with the narrow application of science and its diversion to serve the exploitative, and may be catastrophic interests of nation states. 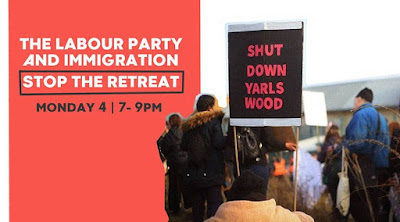 Join the meeting tomorrow in London
On Monday evening, Labour was set to abstain on the Tory Immigration Bill. At the last minute, under huge pressure from members and activists, it decided to vote against, though it didn't even whip all of its MPs to be there.
Jeremy Corbyn has a track record of fighting for the rights of migrants, and that is why so many have supported him. Yet, the Labour party combines pro-migrant rhetoric with deference to anti-immigration sentiment in terms of policy: supporting the end of free movement between Britain and the rest of Europe, and 'no recourse to public funds' for migrants.
We are calling this emergency meeting for Labour and labour movement activists to discuss what is happening in the party, and to organise for a radical change of direction.
Where the party already has positive policies, such as scrapping the net migration target and guaranteeing the right to family reunion, we call for further development and the launching of serious campaigns. Beyond that, we call for clear, strong pro-migrant policies to break up the 'hostile environment'.
We are opposed to ‘Fortress Europe’ and to ‘Fortress Britain’. We want to lower borders, not raise them.
See you tomorrow (Monday) at 7pm, New Cross Learning, 283 - 285 New Cross Rd, SE14 6AS.
In solidarity,
Nadia, Another Europe
Posted by DON'T dis US at 10:44 No comments: