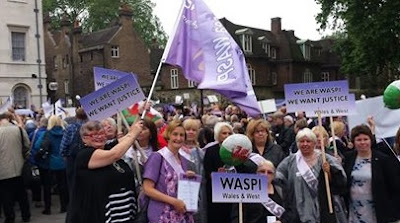 I’m on holiday in Dundee as I write this, staying with Anne Park who, friends will remember, used to live in Whitstable.
Anne is 62 years old and angry.
“At the age of 57,” she says, “it was ordained by the powers-that-be that I wasn’t going to be able to retire at 60, as I’d been promised, but I was going to have to wait till I was 66.”
That’s six years stolen from her. Six years she’d dreamed about and planned for. Six years of her life that she will never be able to get back.
It was such short notice that it only gave her three years to make any kind of an alternative plan. As a consequence she was forced to sell her three bedroom house in order to downsize, in order to pay off her mortgage.
She’s been fiddled twice over. “Not only have I had six years’ worth of pension stolen from me, but I’m expected to pay six years’ worth of National Insurance that I wouldn’t previously have paid, which will make no difference whatsoever to the final figure as it currently stands.”
In other words, she’s already paid enough National Insurance to get the full pension; it’s just that she’s not allowed to gain access to it.
I’m sure that Anne is not the only woman reading this who has been subjected to this injustice. According to the Women Against State Pension Inequality (WASPI) campaign website, 3.8 million women have been affected by the lack of notice.
It’s not that the WASPI women are arguing that the retirement age should have remained unequal, with men continuing to retire five years later than women: it’s just that, they say, proper notice should have been given, or compensation offered to those women who, through no fault of their own, have found their retirement plans seriously undermined by the changes.
Even the Department for Work and Pensions (DWP) website itself says that it should give ten years notice of changes in relation to State Pension.
The WASPI campaign was set up in 2015 by five ordinary women incensed at the injustice. They say that their aim is “to achieve fair transitional state pension arrangements for all women born in the 50s affected by the State Pension law (1995/2011 Acts).”
Their website includes template letters you can use to send to the DWP in order to underline their claim that there has been maladministration in the implementation of these laws.
Every women affected by these changes should make it her business to send off one of these letters, to get involved in the campaign, and to make sure that the government is held to account for its duplicity in relation to its own citizens.
There’s always enough money for wars, royal weddings, and MPs expenses, it seems; never enough for the needs of ordinary people going about their ordinary lives.
Indeed, the civil servant responsible for the increase to the retirement age to 67, Sir Robert Devereaux, is retiring at the age of 61 with a £1.8 million pension pot. He will receive £85,000 a year, and a lump sum of £245,000.
What this case does is to highlight how easy it is for the government to break the social contract between the state and its citizens. Most women born in the 50s grew up expecting to retire at 60, but by a couple of swift strokes of the pen, as it were, and a little parliamentary debate, they have been deprived of that promise.
What other expectations might be stolen from us in future? Democracy itself could be at risk.
Waspi Facebook page:https://www.facebook.com/WaspiCampaign/
from https://christopherjamesstone.wordpress.com/2018/09/07/waspi-women/