“There was just this enormous sense of solidarity”: London and the 1984-5 Miners’ Strike

In March 1984 over 150,000 miners walked out on strike against plans for widespread pit closures in action supported by the National Union of Mineworkers (NUM). Alongside the dispute developed a large and diverse support movement within Britain and internationally, which provided invaluable practical solidarity. Thousands of people collected food and money, joined picket lines and demonstrations, organised meetings, travelled to mining areas and hosted activists from the coalfields in their homes. This event will mark the publication of a booklet edited by David Featherstone and Diarmaid Kelliher which brings together some of their stories, experiences and reflections on the strike. The event will offer reflections on the solidarities shaped during the strike and their contemporary political relevance.

Organised in association with the Raphael Samuel History Centre: https://raphaelsamuelhistorycentre.com/
A digital version of the booklet can be viewed here: https://mixam.co.uk/share/5abd03c827f3bf301cfa491a
Posted by DON'T dis US at 19:20 No comments:

Solidarity with the Windrush generation and their families 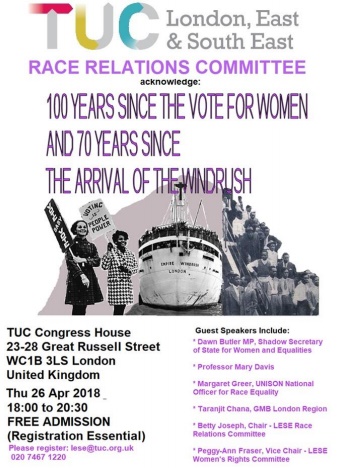 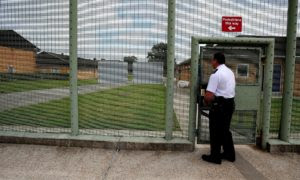 UCU London Retired members’ Branch
As part of the growing racist atmosphere, we note the recent increase in deportations, particularly of retired people from the Caribbean. We shall support and encourage campaigns against deportations both at a local and national level, working where possible with other trade unions trades councils and the TUC. We welcome the initiative from Caribbean Labour Solidarity to initiate such a campaign in London.
Sign the petition…
·         Man living in UK for 56 years loses job over immigration papers…
·         Disabled Briton held in immigration removal centre for four months…
·         ‘I’ve been here for 50 years’: the scandal of the former Commonwealth citizens threatened with deportation…

1.   Apologies: Malcolm Bailey, Erwin Schaefer
2.  Minutes Green Seniors’ meeting: Wednesday 8/2/2018 Agreed for accuracy
3 Matters Arising:
a      Nominations still open for post of G.S Treasurer.
b      Leaflet for new members designed, distributed at conference, Maureen (Maureen Childs greenseniors@greenparty.org.uk) has copies.
c      P. Murry had agreed to defer NHS AND SOCIAL CARE motion to discuss with GP heath working group: no further news
d     Blank display stand/banner available
4.   Ucu Retired Members’ motions
·       Disinvestment of USS pension fund: passed unanimously on 9/4/2018
·       Affiliation to Greener Jobs Alliance : report back passed unanimously on 9/4/2018
5 .   GPEW Conference report, stall quite successful given that conference was poorly attended due to weather.
6   London Local elections Maureen Childs standing in Tower Hamlets, Noel Lynch in  North Finchley, Peter Murry in Willeseden Green.
7 GS website temporarily down, blog still up at greenseniors.blogspot.com/
8 Maureen doing research via Toynbee Hall
9
Maureen Childs attended Positive Aging event at Europe House and picked up some very useful and interesting facts about the Silver Economy - How the 50+ Bring prosperity to London and the UK.
Briefly:
The silver economy is the biggest growth sector in the UK
More older people are working longer. More older people are volunteering and caring.
Older over 80s/90s and centurions are also carers while many need health and social care - which is an economic dynamic as well as a cost.
2.3 million older people in London
Paid work contributes £47 billion per year to the capital.
16% of older Londoners provide an economic contribution of £4.7 bn per year.
85,000 London families receive childcare from grandparents worth £0.6 bn per year.
39% are regular volunteers (London) worth £0.8bn.
Nationally around £45 billion of tax revenues contributed by over 65-year-olds in 2010 will rise to £82 billion by 2030.
Carers UK  report informal caring is worth £30 billion. Volunteering worth £10 billion.
Volunteering needs to be recognized as unpaid work.

A Nice Nurse knocked on my front door,
So I showed her up the stairs,
To my first floor flat.
I asked her to observe,
The difficulty that I have
In ascending to my abode,
For it is an overweight and arthritic old man,
Who writes this ode;
And coughs as he does so, remembering,
Forty years of heavy smoking
Plus decades more of breathing,
Polluted city air.
So I pant up the steps,
And sit, wheezing, in my chair,
As the Nice Nurse questions me.
She asks if I can wipe my own arse,
And how frequently I pee,
How I catch the bus or train,
And, how many pills I take,
And when I walk with my walking stick,
What progress do I make?
At the end of the interview, she explains
That in a month or so,
A verdict on my payment will be made,
It could be cut, it could be raised, it could even be doubled
Then she holds up a bucket and says:
“or just kick this now,
Save the government some money and trouble.”