Chancellor Phillip Hammond will announce the Budget next week and outline the Government's spending priorities for the next year.

We're calling a protest at Downing Street the night before to urge the Government to use the Budget to scrap their plans for Universal Credit, to close tax loopholes and force the tax avoiders to pay their fair share, to end the public sector pay cap with an increase above inflation, and to properly fund our NHS and public services.
Protest: 6pm, Tuesday 21 November, Opposite Downing Street, Whitehall, London
** We're asking everyone to take 10 minutes today and invite your friends on Facebook: click here to invite your friends** Please also Tweet using hashtag #SackTheTories 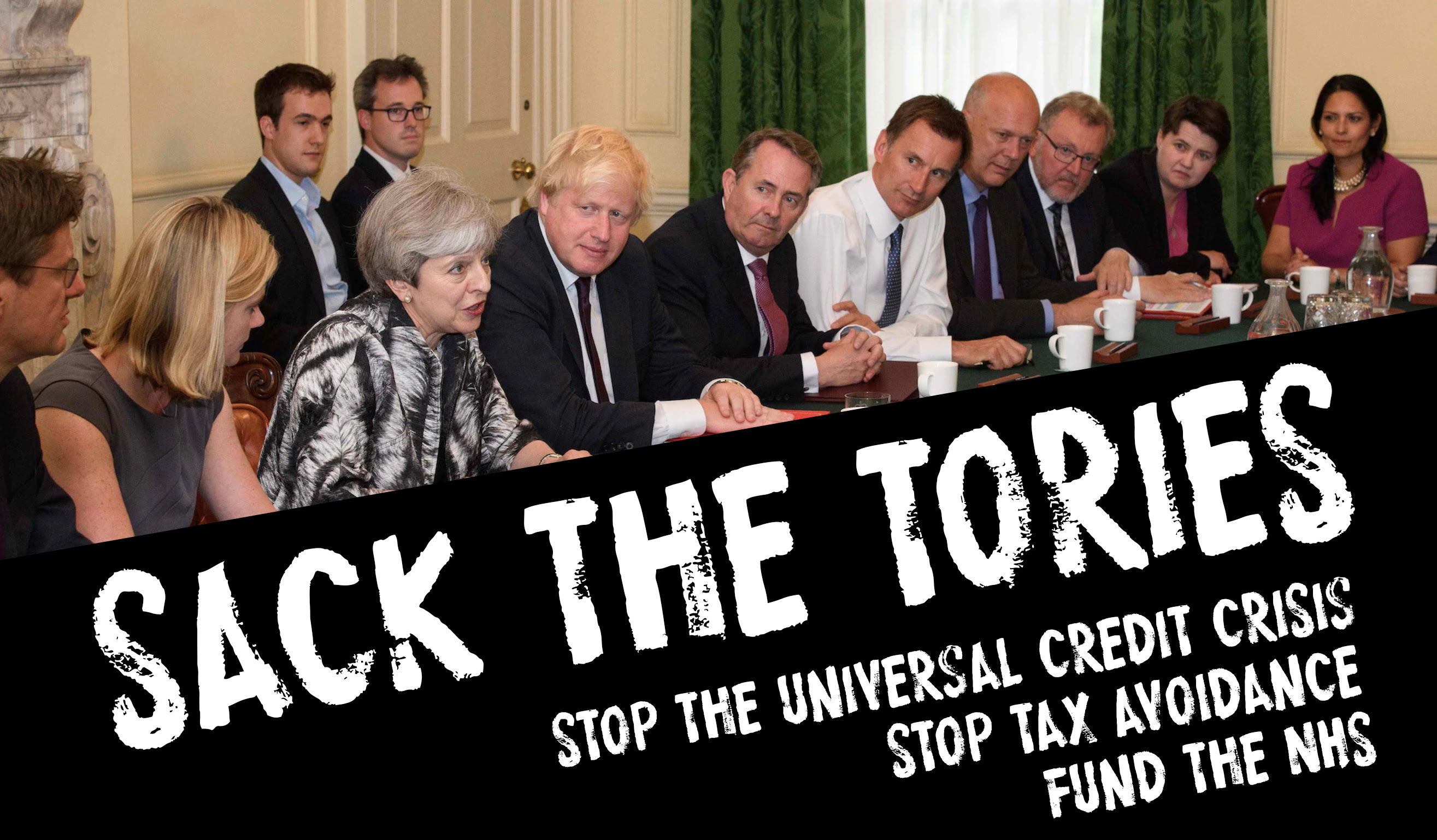 We're pleased to team up with Health Campaigns Together, Unite Community, Axe The Housing Act and many other campaigns to organise this protest. (If your campaign would like to get involved please get in touch)

It's fair to say that this Government hasn't had the best few weeks. Theresa May's authority is dwindling even in her our party while a growing crisis in the cabinet, based on inappropriate behaviour from ministers, leaves a question mark over whether this Government will survive the next few weeks in office.

But the crisis around the roll out of Universal Credit is growing which will push thousands into poverty, the Paradise Papers revealed the huge extent of Tax Avoidance where the rich are thieving money which should be spent on services, and the head of the NHS last week warned billions of pounds extra is needed if the NHS is to survive this winter.

Come along, bring friends and workmates. Let's make sure this weak Government feels the growing opposition to their damaging austerity measures.

Foodbank Collection
As part of the protest we're collecting food which will be donated to local foodbanks so their shelves are stocked to deal with the fallout from Universal Credit and the continuation of austerity policies in the budget. We will also be using the thousands of pounds that was raised through sales of Captain Ska's track 'Liar Liar' to buy tonnes of food and deliver it to foodbanks across the country. But before it's delivered, we'll be displaying all of it right on the doorstep of Downing Street to show Theresa May and Phillip Hammond the effect their damaging policies are having on ordinary people.

Items that are needed for Foodbanks:


The People's Assembly Against Austerity
http://www.thepeoplesassembly.org.uk/
Posted by DON'T dis US at 07:50