It’s on! Get behind the 4 September #McStrike
Posted on 21/08/2017
McDonald’s workers balloted at Crayford (south east London) and Cambridge stores have voted by an incredible 95.7 percent for strikes, and their BFAWU bakers’ union has now named Monday 4 September as the first strike day.
A strike committee of workers met and decided to go for the date for their historic action–the first ever strike at McDonald’s in the UK.
The workers taking this bold step need the URGENT solidarity of the wider trade union movement. Please give generously now to their strike fund HERE
Please also rush messages of support, encouragement and solidarity for the workers to fastfoodrights@mail.com
Already, just by voting to strike and organising in the union, the workers have gained an impressive shift from McDonald’s–who have stated only now after the strike vote that by the end of 2017 they will implement the twice promised offer of a guaranteed hours contract to every UK McDonald’s worker. The workers and BFAWU rightly want this signed off, but it is a major victory for the some 80,000 workers at McDonald’s and shows what getting organised, joining a union and taking action can do.
The strike remains on, over a number of grievances at the two workplaces, and the workers are also fighting for £10 an hour minimum wage now, union recognition, and for the demand on scrapping zero hours contracts to be implemented.
What’s happening and how you can support?
Pass this #McStrike MODEL MOTION to back the strike
Give urgently and generously to the #McStrike Fund
On the Saturday before the strike, 2 September, BFAWU is holding a protest at McDonald’s HQ in East Finchley, north London. We are calling on solidarity from the wider movement on this day, with banners, collections etc, brought along in support. Join and share the Facebook page for the protest HERE.
On the day of the strike, Monday 4 September, workers at the Cambridge site will picket from 6 – 7am, while workers at the Crayford site will picket from 6 – 7.30am.
The strikers and their supporters will then come together outside parliament at 10.30/11am for a rally, speakers include Jeremy Corbyn and John McDonnell. Stay posted for details of what will be happening after the rally. We are asking for maximum support possible with banners and supporters gathering at the rally, and for local activists and anyone who can to show their support at picket lines where possible too.
Outside London, we are calling for solidarity protests/ leafletings at McDonald’s stores in localities (see list of those organised so far below and send us details of any your planning). Guidance for solidarity actions on the day:
HERE is a leaflet for workers in the store. Placards to use on the day are: #McStrike placard1 and #McStrike placard2
Mostly we’d like a visible presence with the materials OUTSIDE the store, with at some point a couple of activists going in to leaflet the workers on shift, and if they sign the petition, for any contact details to be sent to the campaign centrally so we can follow up. It’s important to make sure the workers know any presence is fully supportive of the workers.
Contacting local MPs, councillors, community campaigns and union branches etc is always good, and sometimes getting any supporters from there to say a few words on a megaphone outside is useful to show the broad base of support for the workers.
It’s always good to take pictures and short videos so they can be shared and give the workers taking action more confidence. We are @FastFoodRights on twitter, and will be using #McStrike and #FastFoodGlobal , so it’s good to have someone or a few people allocated to make sure pictures and videos are tweeted there so the impact of the solidarity action is greater. Please send the details of any local action once they are ready to fastfoodrights@mail.com and we will publicise on the website.
#McStrike #McSolidarity protests on 4 September:
LONDON
McDonald’s @ King’s Cross / Pentonville Road
At lunchtime, 12PM-2PM, there will be a McStrike solidarity demonstration with friends and comrades from different unions and community campaigns across Central London. It will be outside the McDonald’s in King’s Cross (302-304 Pentonville Road, Kings Cross N1 9XD). Come along to show some solidarity, to inform workers, customers and passers-bys about the strike. Together we can make this strike powerful in our communities too, and let McDonald’s workers know there is a strong movement with them! Join the Facebook page for the event HERE
MANCHESTER
5pm, McDonald’s Manchester
Picadilly Gardens Mcdonalds, M1 1LY Manchester
Join the Facebook page HERE
BIRMINGHAM
5 PM – 6 PM, McDonalds Unit 4 Cherry Street
Temple Row, Birmingham, B2 5AL
Join the Facebook page HERE
SHEFFIELD
Gleadless Valley branch of Heeley (Sheffield) CLP and Sheffield Needs a Pay Rise campaign are organising solidarity action for 4 September at McDonald’s branch in Heeley constituency, probably 2 stints one lunchtime and one tea time. More details to follow.
CARDIFF
5 PM – 7 PM, Mcdonalds, Queen street
12-14 Queen St, W2 4 Cardiff
Join the Facebook page HERE
MILTON KEYNES
Milton Keynes Monday 4 September
from 12pm McDonalds, the Centre MK, 52-56 Midsummer Blvd.
Organised with Unite Community and MK Momentum
Posted by DON'T dis US at 09:06 No comments: 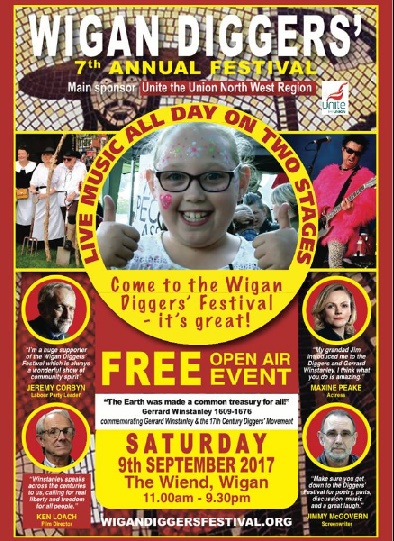 Gordon Peters of Haringey Green Party and Stop the Haringey Development Vehicle Campaign writes below to mobilise people to support the judicial challenge to Haringey Council and the march on 23 September. This is becoming a London wide issue. It is thought that Camden Council are considering a similar setup. There will be a meeting hosted by Sian Berry in Camden Town Hall to discuss that on Tuesday Aug. 8 at 6.30. Find out more about the Haringey campaign at https://www.facebook.com/2billionpoundgamble/  and http://stophdv.com/.

Please spread this far and wide!

Update on the Stop HDV campaign:
A Judicial Review of this is being filed in the High Court this week [by 4 August] on the grounds of it not having been consulted on, nor   even having gone to a full Council, on equalities impact not having been adequately considered, and on the risk to public finances not being made transparent or explained. There was a successful crowdfunding campaign which along with local collections and donations has raised  £25,000 towards legal costs. The last update on this is on <www.crowdjustice.org/case/stop-hdv>. The campaign is a broad coalition of forces including both constituency Labour parties, LibDems, Greens, trades unions, community organisations, residents' and leaseholders' associations. Despite this the ‘red Tory’ Labour Cabinet led by Claire Kober, who also is chair of London Councils, are determined to go ahead with the £2 billion transfer of the local authority’s Council estates, land and property including over 500 business units to a partnership with Lendlease. We believe however they cannot sign any contracts while this in legal dispute and a hearing could be any time through the autumn.
September is a critical month in linking this — the biggest attempted privatisation of local authority assets in UK history — with the various similar attempts at social cleansing and depriving ordinary people of their rights to housing across London in favour of corporate developer-led ‘’regeneration’’. We are aware particularly of what Lendlease has done in Southwark, of the Cressingham Gardens campaign in Lambeth, and of new developments in Tower Hamlets, and possibly Camden, and in most cases in Labour-controlled authorities. We wish to mobilise with groups such as the Radical Housing Network, ASH, Defend Council Housing, those demanding justice for Grenfell in K and C, and others to build a fightback across London sufficient to turn the tide against these ‘’regenerations’’ which are attacking the very lives of our communities.
StopHDV is calling a march on Saturday 23 September in Haringey which will have key speakers from elsewhere as well and we want as many as possible from across the capital to join. First details below:
The plan so far is to assemble on Saturday 23rd September at around noon at Tottenham Green (150 yards up the hill from Seven Sisters Tube station), then march from 1pm to assemble around 2.30 - 3  at Finsbury Park.  The route should take us past Seven Sisters up West Green Road along Green Lanes to Finsbury Park. Depending on consent from the authorities, we may have to reverse the route and start at Finsbury Park.
Finsbury Park is by two tube stations (Manor House and Finsbury Park.). It is also where Haringey, Hackney and Islington meet and not far from the Camden borders. No local Spurs match that day  (they'll be playing at Wembley) and no Arsenal one either, so no congestion on transport from football crowds.
The start and end points should make it fairly easy for most of London to get to and from. It just needs building across London. Please tell your contacts!

Any comments/suggestions you have would be most welcome. If we all work together we should be able to build a sizeable march that could get publicity in the weekend before Labour Party conference, when a motion on Social Cleansing is being debated.
Posted by DON'T dis US at 00:52 No comments: